One Works with the Other

It’s not a common perspective, but bureaucrats might be some of the most creative people I’ve ever met. Good governance, after all, is inherently creative: to see opportunities for impact, conceive of new programs, to address evolving issues, and make plans on the scale of lifetimes — all that takes determination, courage, and, yes, creativity. Does this mean that all bureaucrats are creative? No. But I’d also argue that not everyone calling themselves a designer is particularly creative, either.

In a nutshell, bureaucrats have the simple task of taking the infinite spectacle of the human experience and distilling it into forms, programs, reports, databases, experiments, and all types of products, services, and systems.

Then, once those are created, the task is to figure out whether they serve their intended purpose, working out how to change them for the better while at the same time sustaining them. It’s hard work; lots of blockers get in the way of ideas. Those blockers have to be navigated astutely and resolutely. In this way, creativity everywhere but especially in the public sector context requires not only the creative spark but another, less-discussed component: resilience.

Resilience in this context means the ability not to just generate ideas or to identify and work around blockers, but to allow the blockers to shape the ideas themselves. This means conceiving of ideas that are flexible enough to take on many shapes, but have enough integrity to maintain their original intent. Much of this has to do with identifying and navigating the space of the adjacent possible, as opposed to striking out into entirely free ideation, which risks generating ideas that can’t be adopted, or staying safely within a defined idea space, which results in a staid, tired idea set.

In this way, creativity in complex spaces requires not only the ability to articulate and realize many ideas, but to engage usefully with blockers to the ideas themselves. Sometimes the blockers can be changed or avoided entirely, but even through those processes, the ideas will themselves be changed. Resilience in these spaces is the ability to manage these changes and maintain the integrity of the idea as it flexes. As design practice becomes more integral to many organizations’ functionality, designers will have to practice this dual skill more often. And we can look to bureaucrats to show us how. 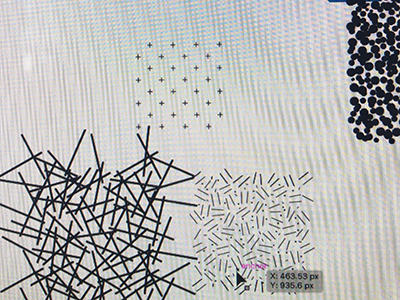