A Simultaneously Over-Discussed and Under-Explored Subject

Design thinking has been done to death in recent years. So when a friend from the Library of Congress asked me to give a lecture on the topic to Digital Heritage DC, a group of mostly data and library scientists working in the digital humanities, in 2019, I was flummoxed. As a designer, I had no idea what design thinking is.

I had been told what it is by marketing departments, where always seemed to boil down to something anyone could do as long as they had sticky notes but that whoever Marketing was speaking for could do best of all, especially if you pay them, and by design school, where it seemed to be a process that approached academic analysis, but not quite as rigorous, and by business leaders, to whom it seemed to be some kind of incantation invoked to make everyone a professional creative. But nothing seemed to be really appropriate or particularly true.

All that being said, I believed in design thinking; I still thought there was a there, there. As I thought about what to present to the digital humanists, I tried to understand the space I identify as “design thinking”. Then, on an unbelievably hot evening in that still-aired, low-lying town, I met the Humanists. As a bunch of data and library scientists, they were an intimidatingly quiet group as they gazed politely up at me in a stately, oak-paneled room. I looked back at them and took a gamble. I simply asked “What’s your goal? Not ‘what’s your problem?’ or ‘what’s your mission?’, but simply: what’s your goal?” I didn’t put any limitations on scale or site or formality. I just let them write it down by themselves, on individual sheets of paper.

Then I deployed a trick I learned from drawing class: I turned the project upside down. I asked them “Now, if your goal were solved right now, this minute! With no strings attached, and no questions to ask; what would be behind it? Tell me what your goal is hiding.” That stumped some people for a while, but eventually everyone got writing. Surprised looks started popping up as people considered what they had written.

Then I really let loose. I used a trick I learned long ago, on the playground maybe. I said “Now, finally, something kind of fun, kind of silly, but I promise it’ll help you understand your goal. Tell me what your goal is, as an animal.” People laughed out loud and, after some writing, some even called out (without being called on!) “It’s bees and a beehive!” “It’s a badger!” And so on and so on. It was exciting!

In that lecture, I realized what design thinking is. It’s not academic analysis, and it’s not the scientific method. It’s not marketing hype, nor is it a formula for changing the world for someone’s version of social good: it’s permission and support. Permission to use thinking models from as many disciplines as necessary and to think non-linearly and linearly and abstractly and concretely, and support for the things that come out of that thinking.

Using this permission and support, designers get to inhabit the adjacent possible. To get to adjacent, we have to do two things: (1) get out of the space of the perfectly obvious possible and (2) limit ourselves to the adjacencies. If we stay inside possible, we won’t find new facets or approaches or intersections; if we allow ourselves to leap too far, we can’t bring our ideas into the possible. As designers, we live in between engineering (always firmly in the possible) and art (anchored to nothing except imagination); 1  our tough task is to balance liberty and constraint. That’s what makes design thinking special, and that’s what makes it still worth talking about. 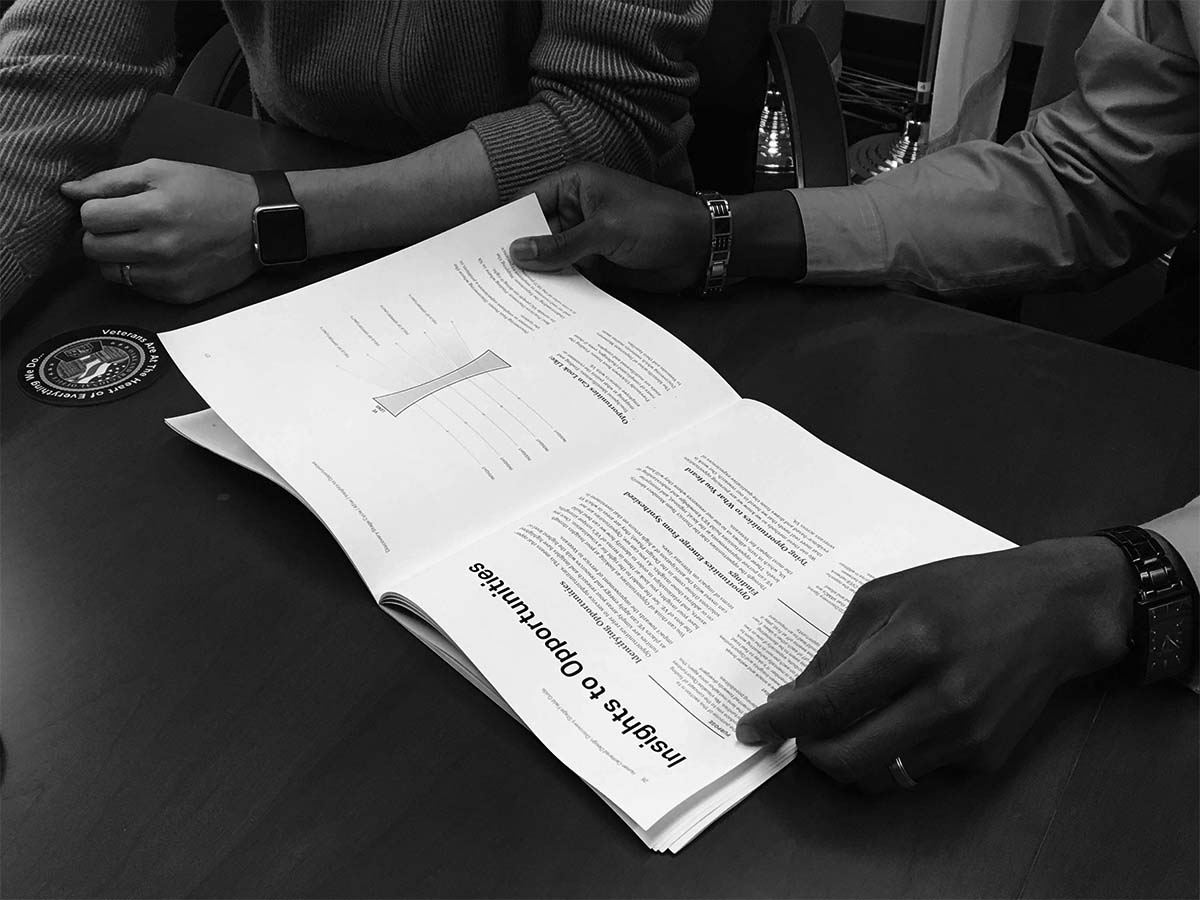 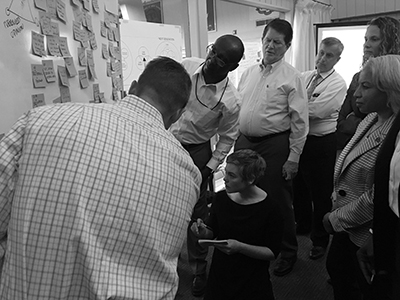 On Design in Government